In the 21st century, “Mixed anion compounds,” in which multiple anions are contained in the same structure, have begun to attract attention as a new type of inorganic material.

In this project, Kyoto University in Japan, will establish an international exchange base with four universities and research institutes in the United Kingdom, France, Belgium, and China, and promote joint research with a particular focus on hydrides and fluorides, which have shown remarkable achievements in their application as functional materials. We will also build new networks with other regions in Europe, America, Asia, and Oceania.

In order to develop future young talents who will lead the next generation, we will dispatch young researchers, including students, to overseas research institutions and neighboring universities, and provide them with opportunities to learn the specialties of other participating countries. In addition, senior and mid-career researchers will visit several overseas research institutes for lectures and seminar tours to deepen research discussions, promote mixed anion science, and build international networks. Through these activities, we will form an international center for creating new science and technology at the end of this project. 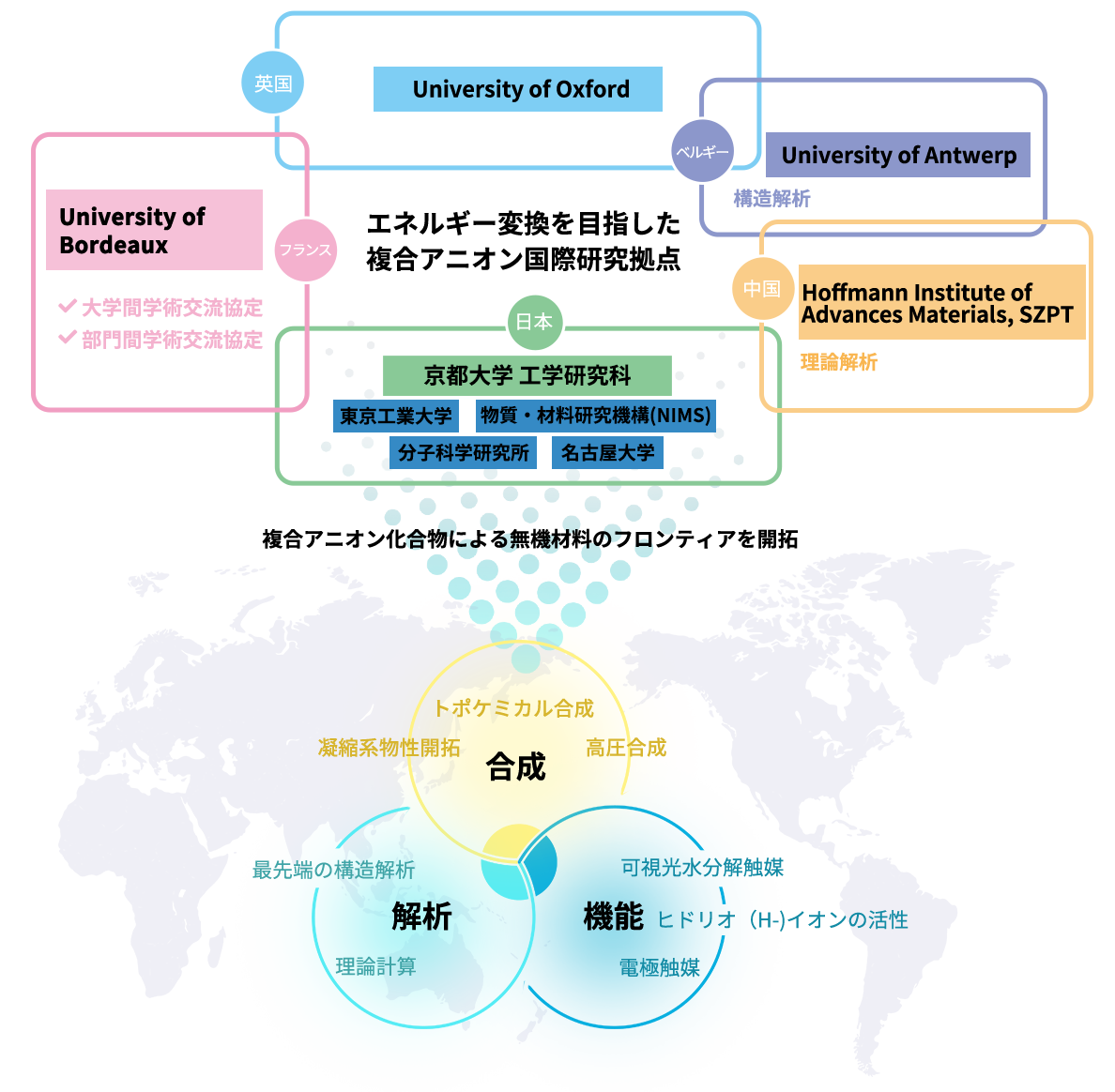